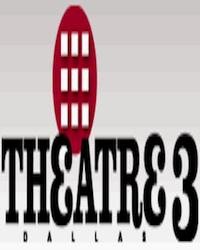 × These classes will explore the acting technique developed and taught by master acting teacher and actor Michael Chekhov, and will be taught by highly respected actor and NMCA certified teacher, Gail Cronauer. The 6 week class is an exploration of a series of tools that can be learned and used to create transformative, inspired performances.

“Michael Chekhov’s work and technique is a gift to the performing artist — or anyone interested in peak performance,” says Cronauer. “It gives the actor real tools, fosters a healthy aesthetic, unlocks the imagination, enlivens the body and voice and fosters ease, confidence and courage.”

While Michael Chekhov was the first to acknowledge his enormous debt to Stanislavski, the following story illustrates the difference in emphasis of the two approaches: As a student, Chekhov was asked to enact a true dramatic situation as an exercise in Affective Memory. He recreated – extremely effectively – his father’s funeral. Stanislavski only later discovered that Chekhov’s father was still alive and consequently commented on his pupil’s ‘overheated imagination.’ This Faculty of Imagination was to become the key to his whole approach to acting in the course of his professional career. Movement, Atmosphere, Concentration and intense Ensemble work became additional tools for the building of a role and the birth of a production. The vitality of Chekhov’s approach can enthuse and inspire in a dynamic way, enabling actors to open new doors to the creative individuality within.